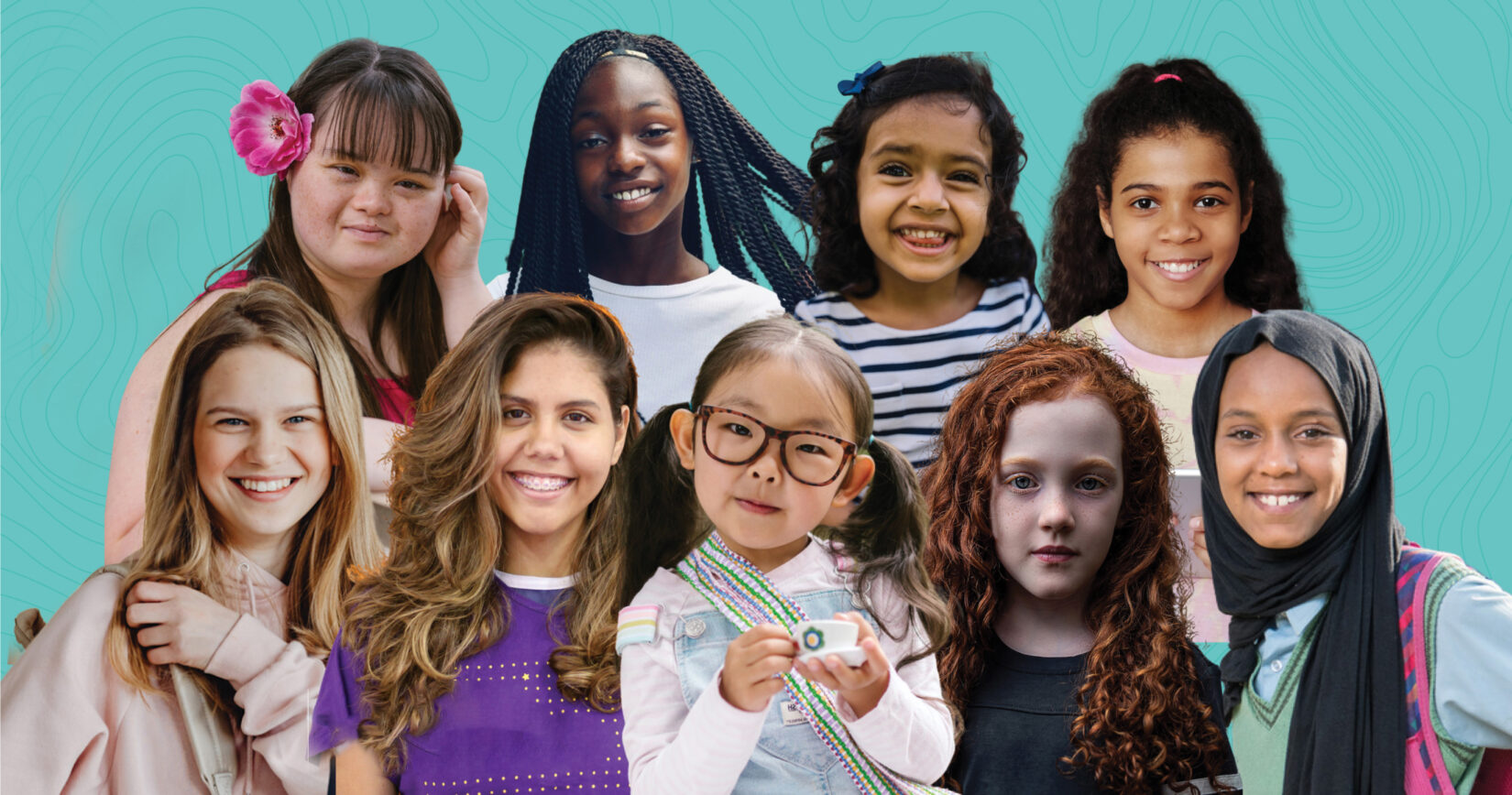 Girls and women have a right to be equal everywhere — in every country and in every aspect of life.

When it comes to global challenges, girls face the greatest risks and fight the toughest battles. They’re also defending their rights and their futures — and making the world a more equal place for everyone.

From violence and poverty to discrimination and displacement, girls in every country experience the global scourge of gender inequality.

And in larger numbers than ever before, girls are rising to these challenges and raising their voices on behalf of one another, the planet, and our future. Not as victims, but as survivors and trailblazers who are reshaping our world. Their call is resounding: Our time is now.

Here are 5 things you should know about girls across the globe:

1. The future is female- and youth-driven.

According to the United Nations Children’s Fund (UNICEF), the world is currently home to more than 1.1 billion girls under the age of 18. They are poised to become the largest generation of female leaders, entrepreneurs, and change-makers the world has ever seen. Today, 2 in 3 girls are enrolled in secondary school, compared with just 1 in 2 in 1998. And thanks to better access to health care, food, education, and economic opportunity, girls born today can expect to live an average of nearly eight years longer than girls born in 1995.

But progress is still far too slow and far too fragile. In Afghanistan, the Taliban’s decree forbidding girls and women to attend secondary school or enter the workforce has undermined two decades of educational and economic progress. The recent rollback of reproductive rights by the U.S. Supreme Court means girls and young women in the United States now have fewer rights than their mothers and grandmothers did at their age.

2. The world turns thanks to the girls.

In many ways, the global economy depends on the unpaid, underappreciated work of girls and young women. In every country on the planet, girls bear disproportionate responsibility for domestic labor, including caring for young, elderly, or sick relatives. In Burkina Faso, girls between the ages of 10 and 14 spend 21 or more hours each week on household chores than boys their age.

Girls and young women across the globe also play crucial roles as human rights defenders and agents of change. From Chile to South Africa, girls have emerged as an integral part of the struggle for fairer societies. Their activism has brought about unique contributions to the advancement of gender equality and human rights. In Brazil, thanks in part to the advocacy of local Girl Up clubs, 16- and 17-year-old girls registered to vote in record numbers for this year’s critical national election. The right of girls and young women to participate in public and political life is guaranteed under international human rights law for a reason: For societies to thrive, their voices are vital.

3. Girls’ access to education is changing history — and saving lives.

More girls are learning than ever before in human history. In fact, between 1995 and 2018, the number of illiterate girls and young women between the ages of 15 and 24 was nearly halved — from 100 million to 56 million. Technology is accelerating these educational gains by offering powerful online platforms for girls and young women to connect with one another and create change. Nine out of 10 girls and young women regularly engage with social topics online.

Education isn’t just rescuing girls from poverty or adolescent pregnancy. It’s also protecting them from harm and hunger, and offering them hope for a brighter future. In surveys from Lebanon, Pakistan, and Ethiopia, girls shared how being in the classroom shields them from violence at home, defies gender stereotypes, and encourages them to aspire to a better life.

At the same time, crises like COVID-19 and extreme weather are threatening this progress. Globally, the rate of adolescent pregnancies rose during the pandemic. One study in Kenya, Rwanda, Uganda, and the United Republic of Tanzania found that 56% of adolescent girls from hard-to-reach populations who had dropped out of school early in the pandemic were currently or recently pregnant. In the Horn of Africa, meanwhile, historic drought is causing an increase in child marriages and girls dropping out of school, according to UNICEF.

Yet girls have also stepped up during the pandemic to protect one another. One study found that adolescent girls in leadership clubs assumed key roles in disseminating information about COVID-19, mobilizing study groups, tracking cases of absenteeism and dropouts, and preventing early marriages among peers through mentorships.

4. For girls in every country on the planet, bodily autonomy needs to be a top priority.

Sexual and reproductive health and rights isn’t just an issue of civil liberty. It’s a matter of life and death. Some 70,000 girls die each year from pregnancy or childbirth complications, making it the second leading cause of death for girls aged 15-19 worldwide. One in 4 adolescent girls aged 15-19 has an unmet need for contraception. Seven million girls under the age of 18 give birth each year.

Today, over 1.2 billion girls and women of reproductive age live in countries and areas that have some restrictions on access to safe abortion. An additional 102 million live in places where abortion is prohibited.

While child marriage has declined in the past three decades, 1 in 5 girls worldwide still wed before the age of 18. The ripple effects of child marriage are well-documented: Child brides are more likely to leave or be excluded from school, live in poverty, suffer from complicated pregnancies, and experience social isolation and gender-based violence, according to UNICEF.

5. Girls are living the consequences of climate change — and taking climate action.

Research suggests that girls and young women are the hardest hit by climate change. A study in Botswana found that 56% of girls are traveling longer distances than usual to fetch water as a result of extreme weather. Globally, four out of five people displaced by climate change are girls and women. Studies show a rise in gender-based violence during or after extreme weather events, often as a result of economic instability, food insecurity, mental stress, disrupted infrastructure, increased exposure to men, and exacerbated gender inequality.

Despite climate change’s disproportionate impact on girls in particular, their voices are still not adequately represented in climate discussions, resulting in policies that don’t address their specific needs. Less than 2% of national climate strategies mention girls.

At the same time, girls hold enormous potential to inspire change and make progress. At just 13, student Greta Thunberg staged a strike outside of Sweden’s Parliament that kick-started a wave of global youth strikes for climate action. Importantly, girls are increasingly aware of their capacity to spark change. One survey found that 80% of girls and young women believe they have the power to tackle climate change directly. Another showed that 1 in 3 girls has already taken action.

Stand with Girls around the World

When it comes to making girls equal everywhere, we all have a lot of work to do: Enacting better laws to protect girls’ rights. Reforming or removing existing ones that are harmful or discriminatory. Challenging and changing social norms that hold girls back.

Here are some simple actions you can take right now:

Take our “Journey to Power” Quiz >>

Stand with Girls around the World

When it comes to making girls equal everywhere, we all have a lot of work to do: Enacting better laws to protect girls’ rights. Reforming or removing existing ones that are harmful or discriminatory. Challenging and changing social norms that hold girls back.

Here are some simple actions you can take right now: