Neha Juneja, seeing the unfairness and risks faced by Indian women burdened with cooking for their families over polluting stoves, co-founded Greenway Appliances, an Indian company producing biomass cookstoves. Greenways’ stoves provide an alternative to traditional mud stoves that imperil the health of many low-income people, particularly women since they are responsible for most household chores. Today, the company also produces solar lamps and water purifiers.

To me, #EqualEverywhere means equal access and equal opportunity, regardless of gender. 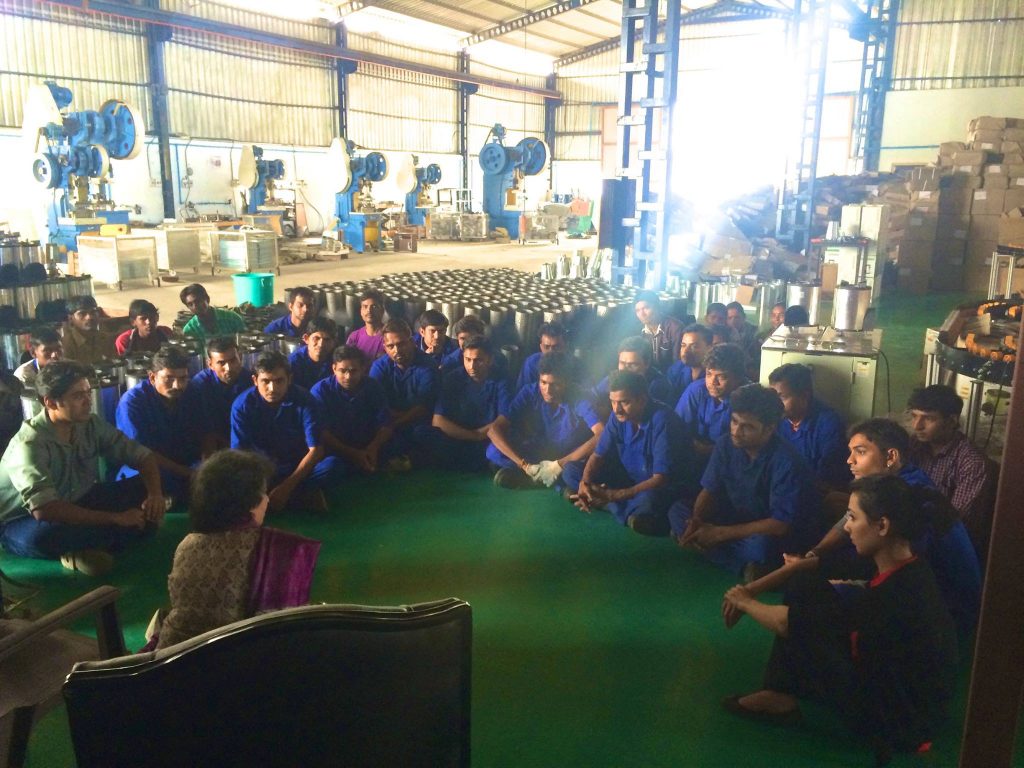 We live in a society where, despite scientific progress, the impacts of most prevailing issues – whether it be pollution or the burden of providing clean water and electricity in homes – disproportionately hurt women and girls. How odd that, on the one hand, mankind is launching vehicles to Mars, while on the other, we haven’t found an appropriate solution to delivering clean cooking options to half the world’s population. I started Greenway Appliances to solve a public challenge because the lack of access to clean cooking is an everyday problem for most families in India.

Besides seeing progress toward clean cooking energy access, I am very proud that our business practices help change attitudes toward women and enable women to more confidently pursue their goals.

In founding Greenway, we consciously chose a business approach that meets the needs of low-income consumers while also providing them with the dignity of consumer choice. We have built a team that is courageous enough to take on market challenges, is truly empathetic and respectful towards customers, and is quick to act. In our experience, deep, meaningful engagement with the communities we aim to sell to is critical to scale and success.

There are many wonderful values and norms espoused by Indian culture, but we also operate in a society where the subjugation of women is considered standard. Given this, it is especially difficult to advance women’s rights. When it comes to technology and energy for cooking, we are raised to ignore this almost omnipresent problem. As a result, women and girls spend many hours every day breathing in smoke while they cook.

Our company works directly with women to promote and sell cleaner stoves, which provides them with an income. But we have had to overcome many cultural barriers, including resistance to women gathering to watch a demonstration on using clean stoves, women not using their Greenway stove while menstruating, and women lacking the financial credit history needed to access loans to buy a new stove.

We’ve successfully supported hundreds of thousands of women in demanding better value for their time and effort, all through a seemingly simple change of stove. We hope that this leads to a greater appreciation of women’s labor in the house, which is often considered inferior to men’s labor.

Over the years, we have engaged around 400 women as part of our distribution network while consciously working to break many of the barriers that limit women’s participation in the workforce or in public life in general.

Overall, the sales of Greenway products have led to better health conditions for nearly 900,000 families, while also generating around $12 million in revenues and avoiding about 3 million tons of carbon emissions.

I think the gender equality movement is now mainstream, and the world is recognizing the multiplier effect that results when a women’s rights agenda is advanced.

Fueling the fight for gender equality in Uganda

Racing against the odds