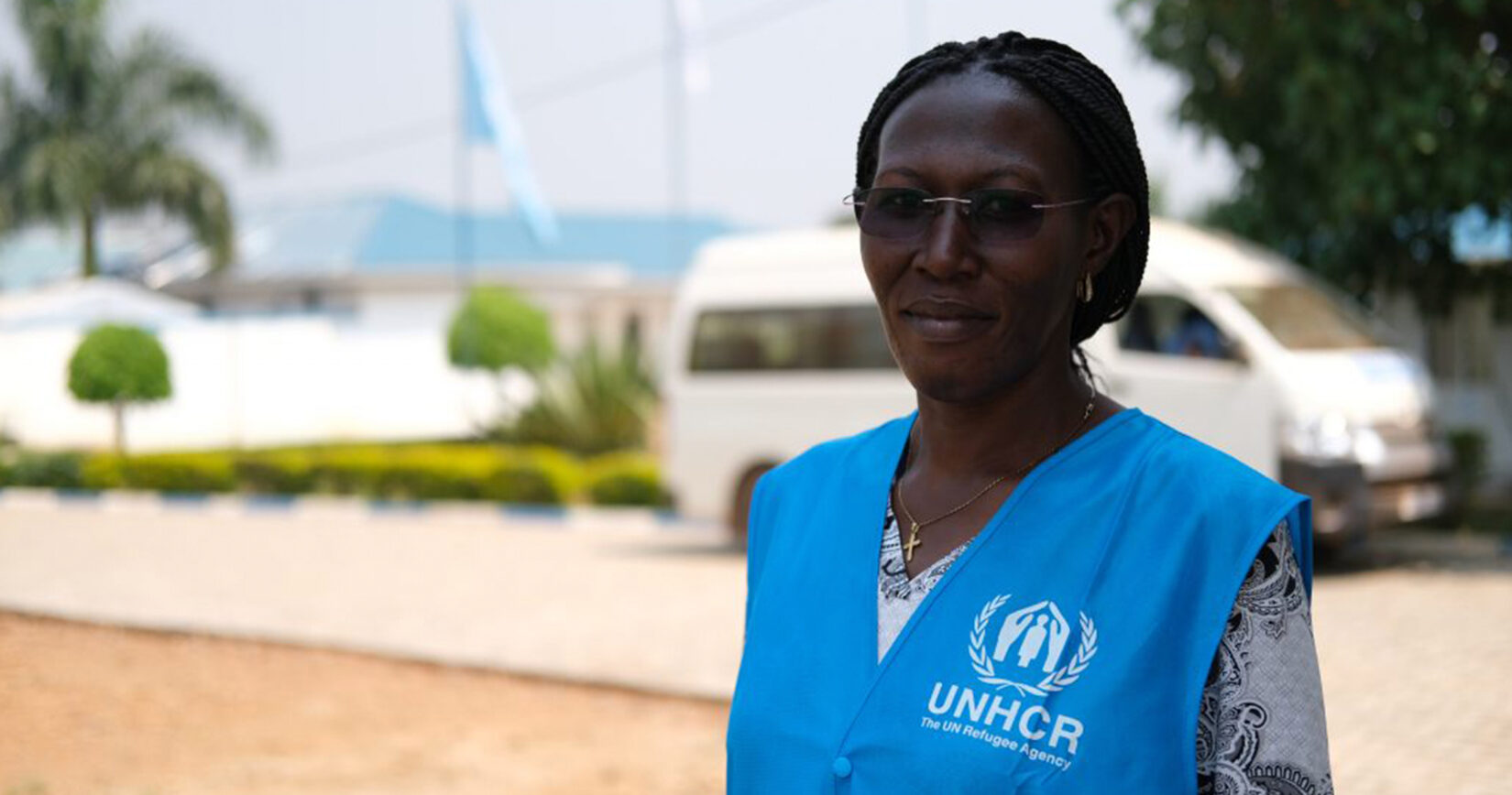 Olga Nora Ruza is a Field Officer at UNHCR Uganda’s Kyangwali settlement in western Uganda. Girl Up supports UNHCR’s Educate A Child program there, with a specific focus on refugee girls. Through UNHCR, Girl Up has helped more than 4,000 refugee girls in Uganda attend school and funded the training and hiring of female teachers as well as the construction of school facilities.

It means equal treatment of everyone, regardless of people’s status or gender. Equal everywhere means leveling the playing field so all people can attain the same standards and values and have a chance to voice their concerns.

Girls and women have long suffered discrimination and abuse. Advocating for their equal rights offers a chance to engage them so they can learn to defend themselves against discrimination and violence. Such work empowers girls to participate in matters that affect them directly, including being equipped to manage their economic opportunities, both at home and in society at large.

Where I work, refugees remain bound by the traditional assumption that a girl’s place is at home doing chores. Typically boys have more opportunities to engage and learn skills, while the value of young girls  is often narrowly calculated based on their potential Bride Price or the dowry that will be paid in the event of an arranged marriage. The girls I talk to are eager to advance and, like boys, want to pursue professional careers, becoming doctors, engineers, managers, or UN workers like me.

My upbringing was humble, with a peasant mother and a father who was a policeman.  When my father died while I was in lower secondary school. I almost dropped out because my mother couldn’t afford the school fees. Even though I am the firstborn, my paternal uncle opted to pay for my brother’s school fees, with hopes to have me married off. My mother worked hard so I could complete my secondary education with help from her cousin. This experience motivated me to advocate for the rights of the girl child. I’ve since become the pillar of my extended family, supporting everyone, including the children of my brother (the one who had his school fees paid for).

Workplace policies are often not flexible enough to accommodate women who must also care for their families. This is especially true for breastfeeding mothers. Such dual responsibilities carried by women often limit them from competing for better paying jobs. Sexual harassment remains far too common in many jobs and can lead to low productivity due to feelings of hopelessness. It is still rare to see women in managerial and administrative positions. If we could increase their ranks, it would incentivize other women to reach the same level. Services for survivors of violence are limited and underfunded. Even when such services exist, they don’t incorporate gender equality concerns.

Increased educational enrollment and retention of girls in both the primary and secondary levels, inclusive of child mothers, is encouraging. The uptake of leadership and decision making roles by women has increased, as has the participation of girls in such school activities as clubs, debating teams, and more. Child marriage has declined by at least 10 percent, thanks in large part to continuous awareness raising and dialogues on empowerment. I’ve worked for 10 years in this community, and, for the first time, I’m seeing more girls advancing from secondary to higher educational institutions. Of the recent five slots reserved for Kyangwali settlement, three slots were taken by girls. Chores and child care have been embraced by some men. Although widespread  acceptance will take a long time, at least more families report they are sharing home chores equally. Menstrual hygiene management is spoken about easily by male counterparts and boys in schools, including helping girls to pick their package during general distribution.

In the wider gender equality movement equal representation of women, men, boys, and girls in all dimensions of life is far more prevalent than in the past, which makes the prospect of achieving equality everywhere seem possible.  My hope is that the movement will lead to the elimination of harmful practices against women and girls, allow them to acquire and own property and free them from the fear of violence.

Mentoring the next generation of gender equality advocates

Mentoring the next generation of gender equality advocates